Improve your sports writing: 10 tips on how to be a better Roar writer

Write for The Roar

People often ask us for feedback. Well, before you reach out for more specific comments, have a read of this, because knowing these simple things will help you kick off your sports writing career.

The best thing about The Roar is that it celebrates what we all love: watching, loving and talking about sport.

Everyone has an opinion, and we’re here to celebrate that. Our motto is ‘Your Sports Opinion’ for a reason

What we’re really after is getting to your thoughts. What do you think about that game, that player, that coach, that refereeing decision, or that speccy?

What can you add to the discussion that hasn’t already been added?

This isn’t always easy. Often you feel like everything’s already been said. But fear not, this is a safe place that will help you through!

So listen up, because although these tips might seem obvious, they’ll take your writing to the next level. And, if you’d like some more tips right from the pen of one of Australia’s finest ever rugby writers, Spiro Zavos, we’ve got you covered there as well.

10 tips for being a better Roar sports writer

Have an opinion, and tell us what it is early

The Roar team reports the news. That’s our job. Your job is to tell us your opinion on what’s going on in sport.

We want to know what you really think about the latest (or oldest) sporting issues around the world.

So make sure you know what you want to say before you start writing, or putting pen to paper. What’s your unique take on this story?

Then, once you’ve got your angle, tell us what it is early, and let the audience know exactly what your position is.

Once you’ve got your opinion, make sure you keep on message.

Got some other things you want to get off your chest? Leave it for another Roar article.

The golden rule with sports opinion writing is to stay on point, and keep on it for the whole article. If you’re tempted to go on a tangent, don’t be!

As well as keeping on track, it’s important that you know what others have said.

There’s nothing worse than waking up and having your article published alongside someone else saying exactly the same thing.

Read widely, and have something different to say. Make it uniquely your own.

Back up your argument

There’s nothing worse than a rant with no substance behind.

People love to hear what you have to say, and they love it even more when it’s well thought out, with some evidence to back it up.

Whether that evidence comes in the form of stats, history, what someone else said or purely your observations on topic, make sure there’s something in there backing up what you’re saying.

You’re talking to people who know their sport. You don’t have to explain what a try, goal or wicket is.

However, you’re not talking to people who know all about your modelling method for determining the NBA’s most valuable offensive player through logarithmic economics.

The point is, give your fellow sports enthusiasts context where they’ll need it, but don’t treat people like rookies, either.

The Roar is a place for sports opinion and discussion. If you’re going to write, for your sake and ours, make sure you’re proud of the result.

Be creative with your wording. There are so many great words in the English language for you to choose from. Why choose the same one each time?

A piece can be dramatically improved simply by varying up your verbs and adjectives. Use that thesaurus sitting in your bookshelf, or at the very least thesaurus.com.

And for everyone’s sake, avoid cliches like the plague! 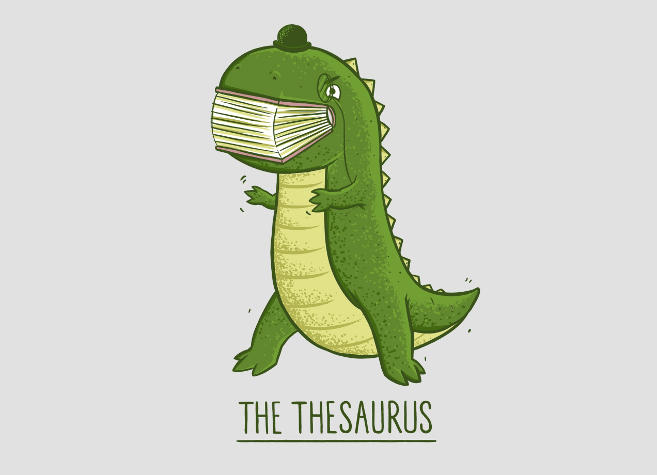 Writing brings with it a temptation to waffle.

Waffling should not be something you aim to do.

Just like Glenn McGrath, the ideal article is just short of a good length and has a consistently tight line.

Rinse and repeat. Between 500-700 words is your ideal range, with one idea at the core.

Use a person’s full name

It might seem simple, but using a person’s full name, at least on the first time you mention them, is very important in helping give the audience context about who you’re talking about.

After the first time, nicknames, first names and last names by themselves are all great. But first time, it’s their full name.

This really goes without saying, but the best way to get better at writing is to read more.

So read your favourite writers and more. Then write for The Roar!

And we know we don’t need to say this, but NEVER plagiarise…

Don’t be tempted by the copy-paste button, ever.

Now, if the above ten points aren’t enough for you, Roar Expert Spiro Zavos has been kind enough to share his tips for writing a great sports opinion article.

1. Work out your title first. It might not be the title you end up with but it focuses your article. Then write down a list of points on how the article is going to unfold.

2. Write as if you are writing a letter and telling a story.

3. Before writing, organise your material in the sequence you want to use it in. I cut articles and quotes from newspapers and photocopy material from other sources, then sort it out before starting to write.

4. Always give credit to the source when you are quoting someone.

5. Always read the documents and don’t be afraid to quote relevant sections from them.

6. Be sceptical when you are analysing material or comments made by various authorities.

7. Don’t be afraid to bring yourself into the story if it is relevant. For example, “I was on the train coming back from the Test and the banter between the Wallabies and All Blacks supporters was genial…”

8. Be firm in your judgments. Avoid a so-called balanced approach. You can give the arguments for and against but then come down on one side or the other.

9. Pithy quotes can lift your article. I used to keep a notebook of quotes. Now I cut out a particularly good quote and try to use it before losing it among my documents.

10. Keep articles with good information in them with an eye to using them some time at a later date. I have a stack of files with articles in them which I go through from time to time to remind me what I have on stock.

11. Remember all journalism – articles, columns, profiles, colour and historical pieces – is news writing. You are trying to tell your reader something they haven’t heard before or an argument they haven’t considered, or a new idea or fact. Everything should be news.