Justin Langer is well within his rights to vent his spleen, get it all off his chest and carry a chip on his shoulder but every professional sporting coach should know when push comes to shove, they are expendable.

Particularly when the players don’t want them around.

And that was the case in the Australian men’s cricket team last summer and nothing he says now or in the future will change that scenario.

Pat Cummins said as much when he fronted the media after Langer’s sudden exit in February, that his coaching style had run its course with the senior members of the team and they had wanted the old “change in direction”.

And as Cummins, white-ball skipper Aaron Finch and others stressed, it was not their call on whether Langer would be retained as coach. 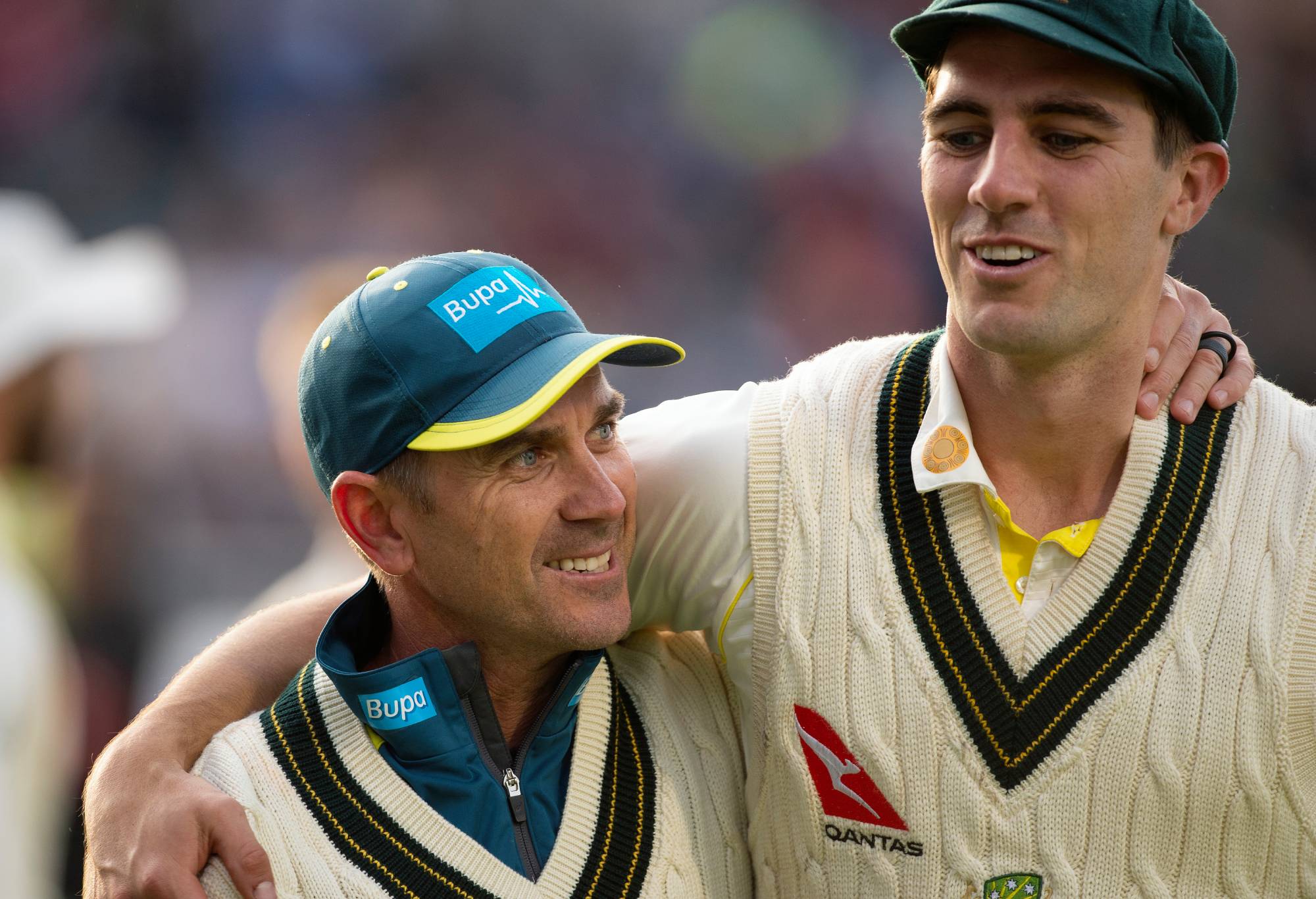 Cricket Australia’s head honchos, much more so than the players, are the ones who have come out of this sorry saga with the biggest dents in their reputation.

As Tim Paine revealed in his recent book, The Price Paid, the executives like to save face rather than make tough calls. He accused CEO Nick Hockley of deferring to a PR expert who had suggested Paine should resign after his sexting scandal was made public rather than showing proper leadership by making the call himself.

For an organisation which has demanded accountability from players, particularly in the past four years in the wake of the Sandpapergate overreaction, CA appears to answer to nobody.

The handling of Langer’s exit was shambolic.

It was widely known in Australian cricket circles that Langer’s intensity was wearing thin on the players, particularly the more experienced squad members who had grown into senior statesmen of the team.

The team under Langer and prior to that, Darren Lehmann, had often spoken about how they held each other accountable and how they had benefited from having open, honest lines of communication.

Langer claimed in his interview with the BackChat podcast that when he confronted Paine with questions about his style, the keeper was forthright and that he had appreciated his candour. 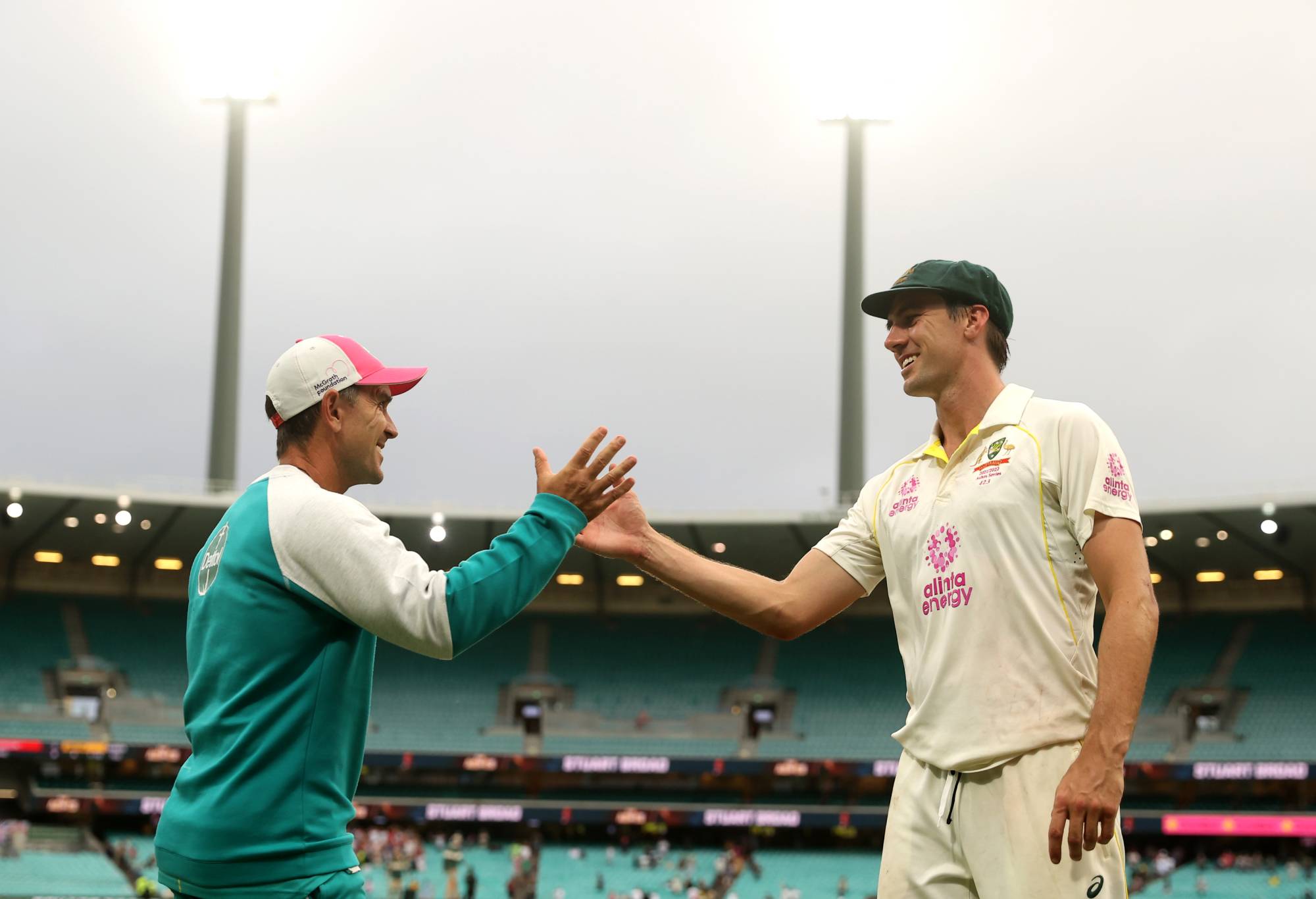 Similar story with Finch, who – according to Langer – eventually opened up to let him know what he needed to rectify.

But Langer believes Cummins had dodged the issue and that there had been frequent leaks to the media which had undermined his position heading into the final few months of his contract last summer when it was up for renewal.

“(Cummins) said to me about five times, ‘This might be brutally honest.’ I said, ‘Pat, there is nothing brutal about your feedback. What is brutal is I’m hearing it behind my back through the media or through sources’. No one’s telling me. Tell me,” he said. “People say that I’m very intense, but they’re mistaking intensity with honesty.”

Those quotes have received plenty of coverage the past couple of days but what was more instructive was what he said later when explaining that he is a disciple of Canadian author, podcaster and research professor Brene Brown’s theory that the No.1 thing in leadership is to be honest.

“Clear is kind, unclear is unkind so tell the truth. We think that we’re being nice but we’re being unclear. When people talk to me they will never go to sleep at night wondering whether it’s the truth, because it’s clear, it’s honest, it’s kind.”

Langer says he desperately wanted to hear feedback on what he could do better, not have a sugar-coated version of events from his players.

But that doesn’t mean that changing his ways meant he was going to be the right person for the job in 2022 and beyond.

Both things can be true that Cummins and Finch should have spoken up earlier or been more direct but Langer’s time as coach was clearly coming to an end.

Media sources clearly won’t be revealed but Langer should know that players very rarely give direct tip-offs to journalists.

They often don’t trust reporters to keep “off the record” chats out of the public domain as they fear they’ll be accused of leaking the information.

More often than not they’ll confide in their agents or the folder holders at CA who use that info to get their agendas into the mainstream media.

Langer calls it cowardly and to an extent, he’s not wrong. In an ideal world, all attributions in the media would have a name to them. But in reality, it doesn’t work like that and he knows that too.

“Everyone was being nice to my face but I was reading about this stuff and half of it, I swear to God and on my kids’ lives, I could not believe that is what was making the papers,” Langer said. “A lot of journalists use the word ‘source’. I would say, change that word to ‘coward’.”

Langer also claimed the mutiny was inspired by a few of the loudest voices in the room with the rest of the crew going along with the plan.

Again, that’s pretty much always the case in situations like this, particularly in an elite sport dressing room. In any group environment, there will always be people who will lead the debate and those who won’t speak up as much.

There’s little doubt he’s being genuine when he says “when I finished with the Australian cricket team, I would have got messages that make you cry from 90 per cent of the players”. 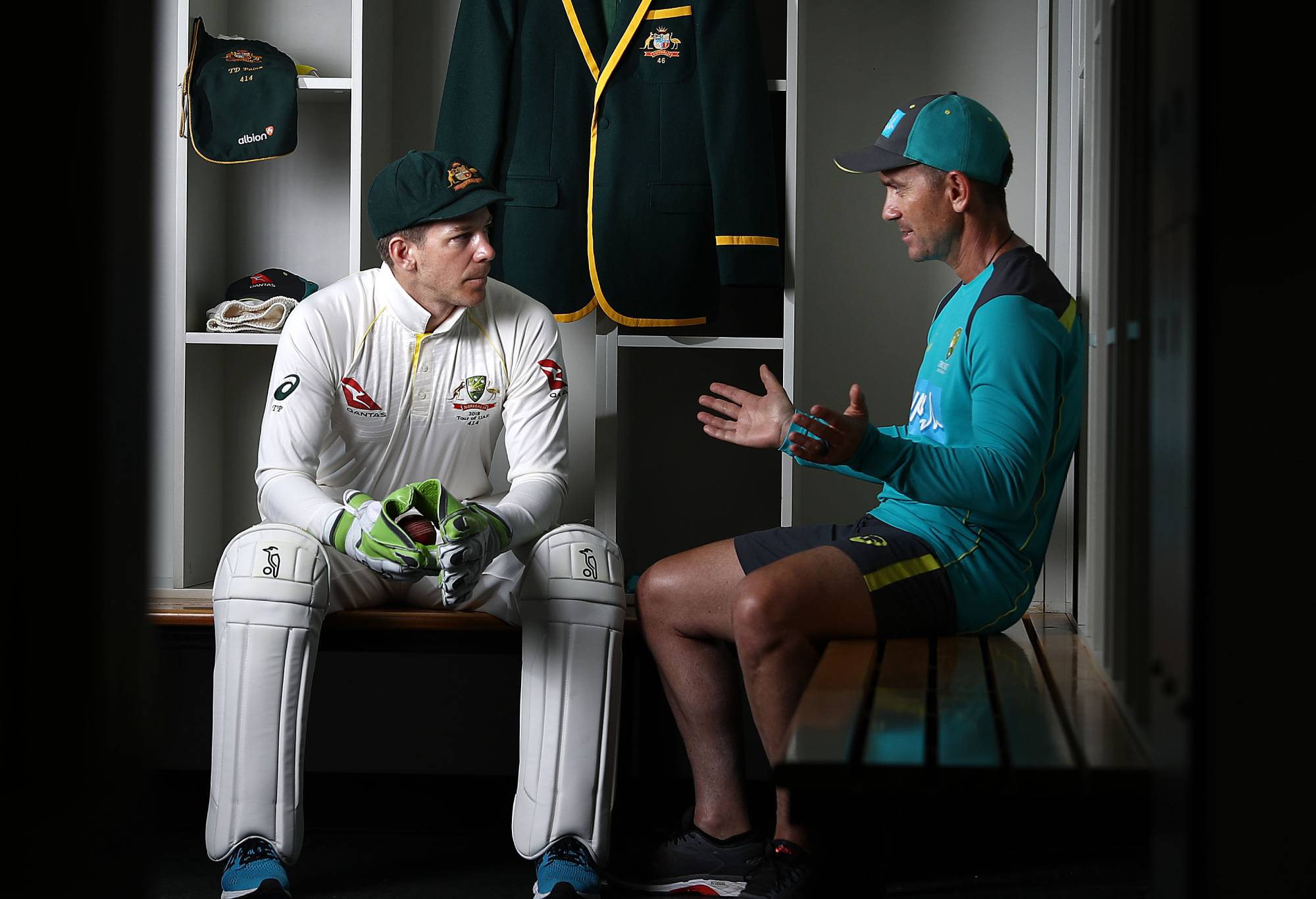 No one will ever know what the venn diagram of players who sent him a nice message and also wanted to see the back of him but it’s likely there’d be a fair overlap.

Langer ruled out ever coaching for England or going into politics but said he’s had six job offers to be a head coach in the past six months “but I haven’t looked at them because I want to be home with family, I want to be with my mates in Perth, I want to be happy”.

It all makes for added intrigue when Langer steps behind the microphone for Channel Seven this summer and the two-Test series against the West Indies and the three matches against South Africa need a spark to ignite viewing interest.

People will be reading all sorts of subtext into what Langer says, particularly if he’s critical of Cummins or the other senior players who clearly preferred a change at the helm to Andrew McDonald.

Langer can be blunt but he’s nothing if not honest. In the mould of the recently retired Ian Chappell, he can be the voice of calling a spade a damn shovel that cricket commentary needs.

Years ago when he was a senior player at WA, Langer was being interviewed about a teammate who had been dropped after he was a few minutes late to training.

The interviewer basically intimated to Langer that perhaps the punishment was a bit harsh but he wasn’t having a bar of it. The player was late, he knew the consequences so he had to cop the ban because he’d let his teammates down. 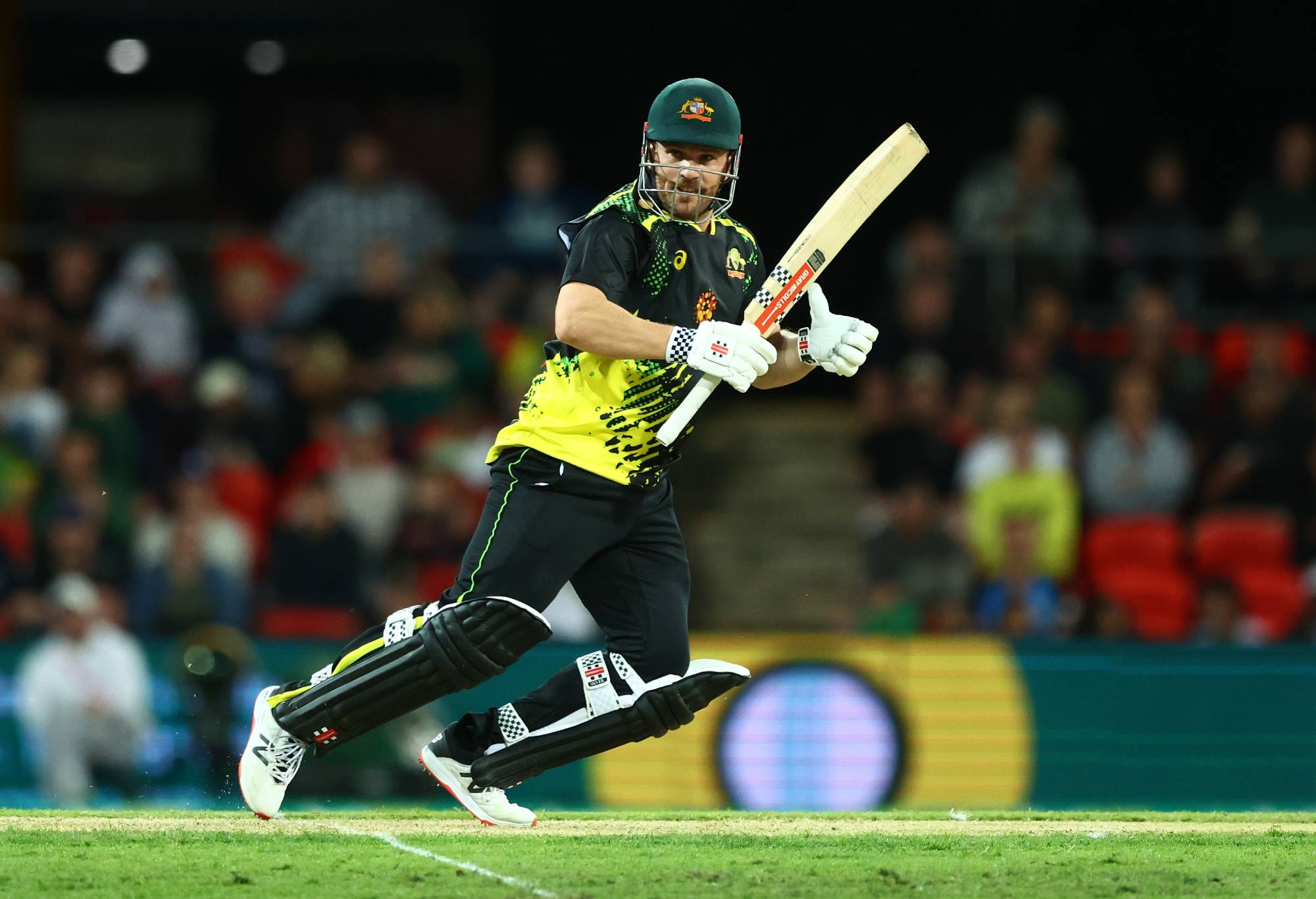 There are no grey areas when it comes to Justin Lee Langer. It’s what helped the 52-year-old get selected in the Australian Test team at the age of 22 ahead of no lesser player than Dean Jones for what turned out to be one of the greatest and most intense matches of all time in Australia’s famous one-run loss to the Windies at Adelaide in 1993.

It’s what kept him bouncing back after being dropped several times before becoming a bona fide legend of Australian cricket in 2001 with his Ashes hundred kick-starting a six-year run-spree before his retirement alongside Shane Warne and Glenn McGrath.

In the podcast he told a tale about Channel Nine patriarch Kerry Packer’s advice to Langer and a bunch of Test players during a team dinner at the businessman’s home in 2005 which underlines his motto of loyalty.

“Boys, in this life, as long as you know who you are and your friends know who you are, the rest can go and get f–ked,” Langer recalled of Packer’s proclamation in between cigarette puffs. “And you know what, at the time, we went oh yeah, it is so true. I tell you what, it is unbelievable, especially in this world we’re currently living in, knowing who you are and people have got your back, that’s really important. 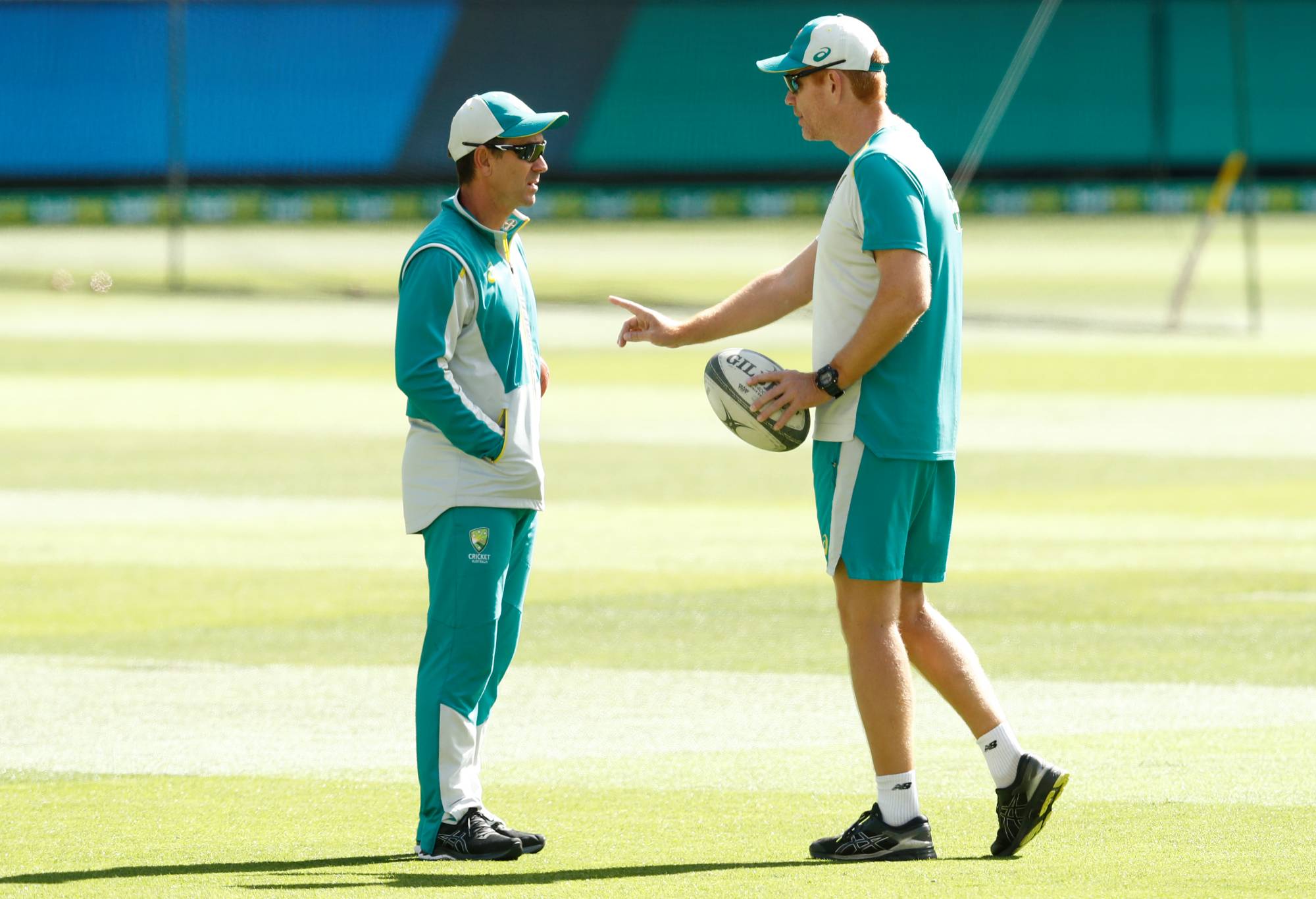 The strength he has derived from having steadfast beliefs such as these can also be a weakness. Perhaps if he was more malleable as a coach, he would have retained the players’ support.

Australia’s T20 World Cup win last year and 4-0 Ashes rout in isolation should have been enough for a coach to get their contract renewed for much more than the six-month slap in the face that CA offered.

Langer and Cummins have copped body blows in the court of public opinion over the past 12 months.

But if CA had displayed stronger leadership from the get-go, it could have potentially healed the rift in the camp or at the very least given an Australian cricket icon a dignified exit rather than the sordid saga being played out in the media before basically pushing Langer out the door. 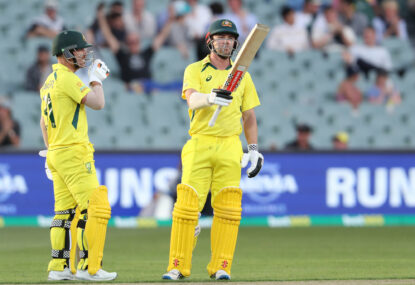 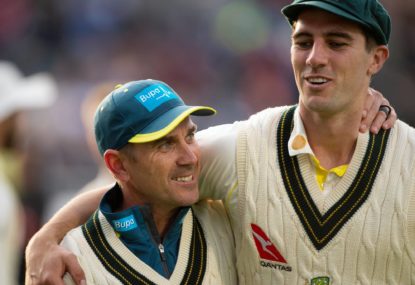 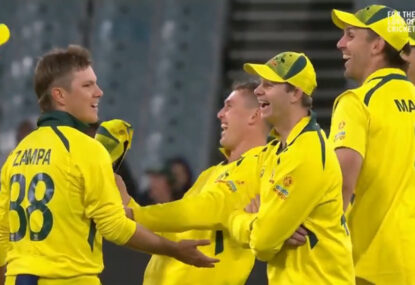 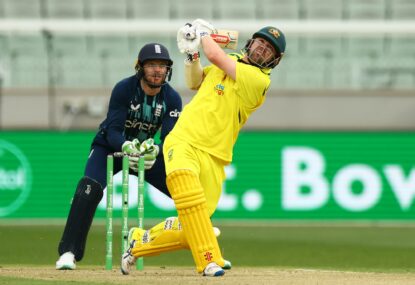 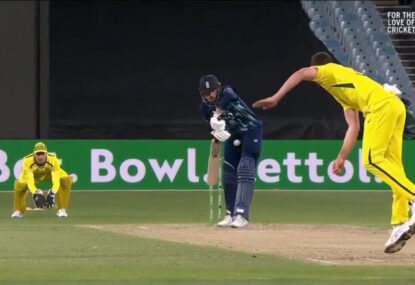