Rugby News: RA reacts to 'alarming' Wallabies crisis, Wales coach 'out of depth', where ABs 'have fallen away'

Rugby Australia CEO Andy Marinos says the Wallabies’ diabolical run with injuries is “alarming” and will be reviewed at the end of the Spring Tour.

Dave Rennie has just 25 fit players to draw from for the final match of the five-game tour against Wales on Sunday, with Michael Hooper heading home after suffering concussion against Ireland.

The headline statistic in a year where more than 30 Wallabies have been sidelined with injury and 50 players have been used in test footy, is four Achilles tendon ruptures in the squad.

The latest hit was prop Taniela Tupou, who previously missed games with calf issues during the season.

After the second Bledisloe Cup loss in Auckland Rennie declared the Wallabies had “some of the best in the world” working on the team’s strength and condition staff, adding “I’ve got total confidence in our S and C and medical staff.”

The S and C team has been unsettled after the departures of Dean Benton and John Pryor this year, and they are looking to hire a head of performance.

Marinos told the Sydney Morning Herald the instability “is a factor. I don’t think it is an overarching contributor but our two S and Cs have moved on, so that was a bit of a disruption during the season.

“At the same time, we are very aware of player load and management as we go through. It is really important that we get a head S and C locked in for the 2023 season. That’s a priority for us.”

The injury list will be one part of a comprehensive independent review that will be conducted in December and it’s believed Rennie’s future will also be up for discussion. The Kiwi said he wants his post World Cup future sorted early.

“It certainly has been unprecedented,” Marinos told the SMH. “The part for me that is puzzling, as much as it is concerning, is just the innocuous nature of some of these injuries. It has all come as a surprise. 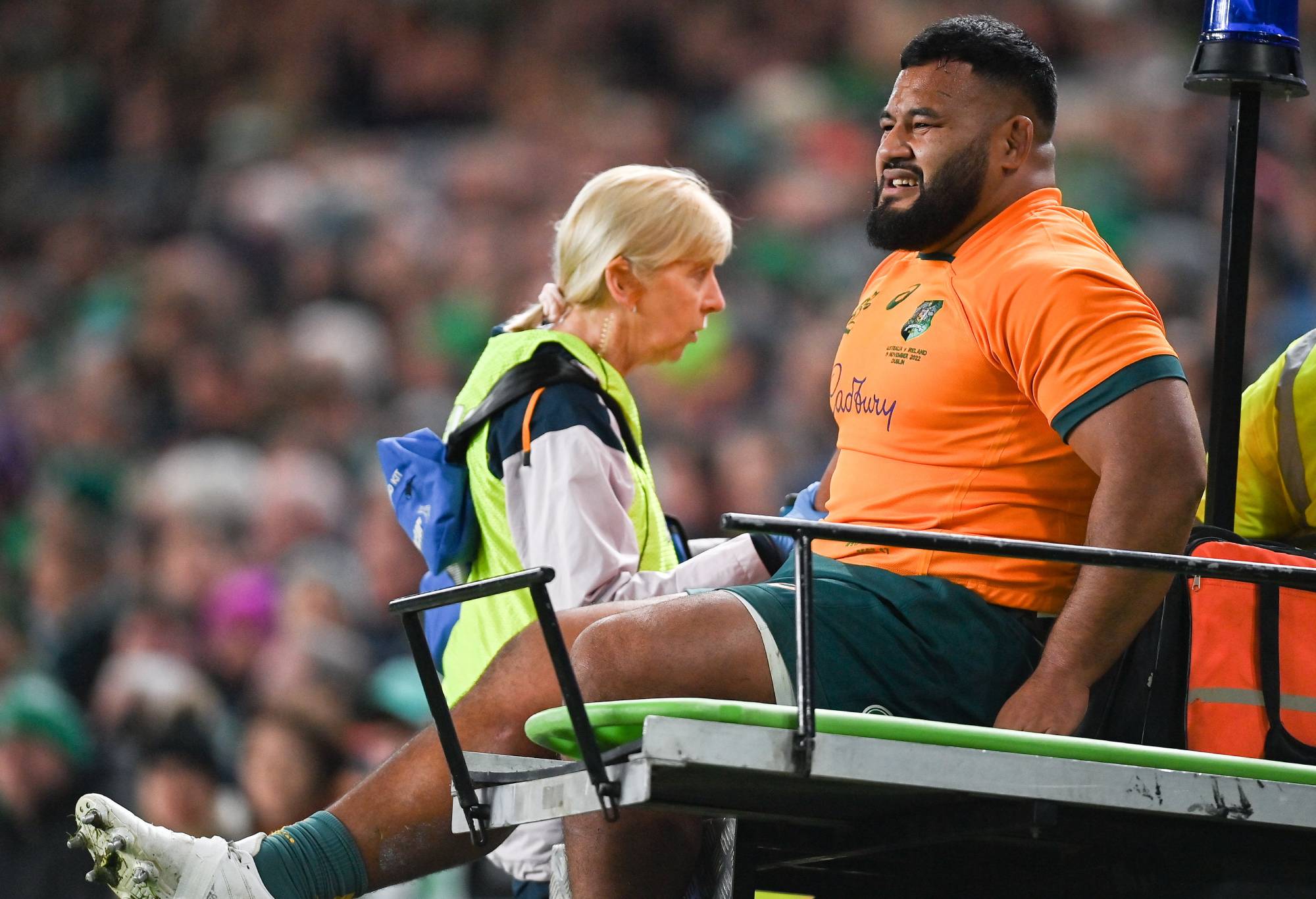 Taniela Tupou of Australia is taken from the pitch to receive medial attention during the match between Ireland and Australia. (Photo By Ramsey Cardy/Sportsfile via Getty Images)

“But four Achilles tendons in one season is quite alarming, so absolutely there is going to be a review.

“It is a very high [injury] incident rate. I am looking at a list and there are 11 guys on this tour who aren’t available now. Rest assured, it is a concern to all of us. We have a World Cup looming and a big Super Rugby season starting up next year, we certainly want all of these guys back on their feet.”

Wallaby Jed Holloway, who also spent time on the sidelines this year, said the loss of players was “gut-wrenching” for the squad.

“I think I speak for the whole group we are gutted for any player we lose,” Holloway said.

“Our medical staff are doing everything they can to get the boys ready. We’ve just had a rough trot.”

Former Wales captain Gwyn Jones and ex-Lions rep Jamie Roberts have piled on coach Wayne Pivac ahead of the meeting with the wallabies this weekend.

The pressure is mounting on Kiwi Pivac after the shock 13-12 loss to Georgia in Cardiff last weekend.

“You don’t see any development coming through. I think he’s out of depth at this level and I don’t see Wales developing. He’s been in charge for three years, and we’re not a better team now than when he started,” Jones told Wales TV station S4C.

“We’ve had one good championship where we had red cards going for us. But apart from that there’s not much to write home about. We lost against Italy, which was disappointing, and we won out in South Africa, but we’re back to exactly where we were.”

Pivac replaced Warren Gatland after the 2019 World Cup and has won 14 of 34 Tests. There have been calls in Wales for a Gatland comeback.

“A national coach needs to know who his best players are and how he wants to play, and those are two things he hasn’t got right. There’s no plan and I don’t see it changing,” said Jones, who described the loss to Georgia as “up there with the worst I can remember”.

“For me, the players are good enough to beat Georgia but if they don’t know what the plan is on the field then they’re going to look like they have no direction and that’s what the biggest problem was.

“I don’t think the team knows how they are meant to try and attack, what their plan is, how they score tries.”

Meanwhile Roberts, who spent this year at the Waratahs, added:.“I think there needs to be serious questions asked about the coaching side.

“We talk about motivation of players. As a player, yes, you play for your country, and you are wearing the three feathers, but you also play for your coach. And to see a Welsh side come out at half time and put in a performance like that is unacceptable. So there needs to be serious questions asked.”

“Taulupe Faletau, Justin Tipuric … these guys are people I loved playing with. They are real rugby warriors and tough men. I’m not questioning them,” Warburton said.

“But I wonder, if it’s not being expressed on the pitch, there must be some kind of deeper, underlying issues.

“The players – why aren’t they motivated? Why aren’t they desperate? I don’t know what the answer is. I’m not challenging the players. There are some tough, great competitors out there, some of the best players I have ever played with.

“But for some reason, it’s not translating onto the pitch and there’s something that we perhaps don’t know which is why they are perhaps not fully motivated at the moment.”

All Blacks great Justin Marshall has questioned if the All Blacks have kept up with a modern trend in the game.

Appearing on the Evening Standard podcast with Lawrence Dallaglio he agreed with the former England star’s assessment that the Autumn Series had shown “the game has changed in terms of the laws, and it has brought the hemispheres closer than it ever had before”.

“I totally agree,” Marshall said. “And we are not seeing any more huge amounts of counterattack rugby. That is where the All Blacks were always so lethal – when the teams aimlessly gave them the ball back.

“You had a guy like Richie McCaw out there when you had a little more freedom at the breakdown, more freedom than you have got now particularly defensively to turn that ball over and catch the opposition out. That is where the All Blacks really kicked into action and caught teams on the hop because of their counter-attack. 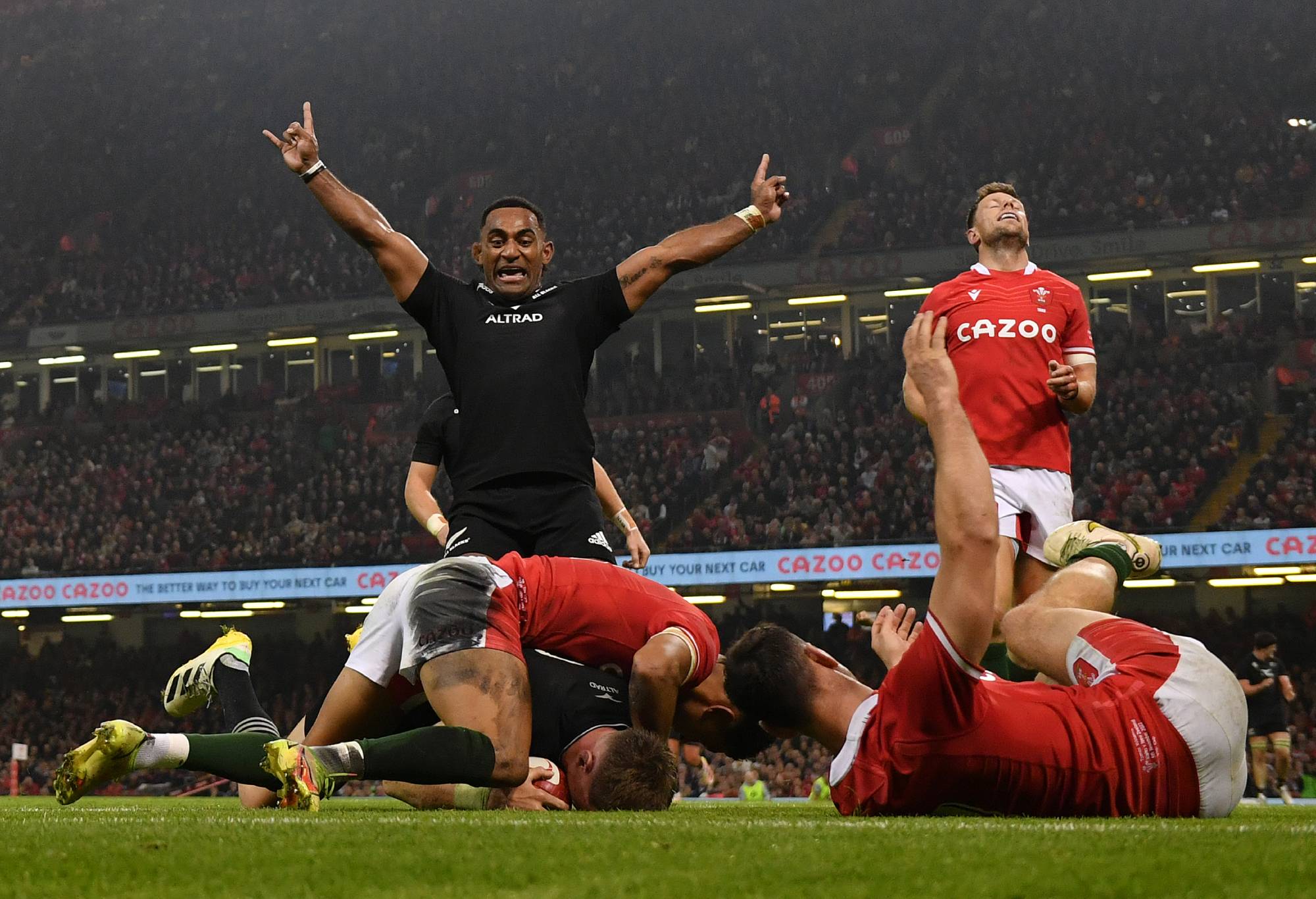 “You don’t see them doing that as much now. They are a team much more orientated in playing territory.”

He said the All Blacks had not kept up with a shift towards bigger men in the backrow.

“I certainly feel and agree that the top two teams in the world at the moment are France and Ireland, and it’s pretty hard to separate both of them. They have got quality across the park,” Marshall said.

“Where we [New Zealand] have not adapted is we have not realised the game is now all about big, strong ball carriers, men that are hard to move away from the breakdown, and we haven’t adjusted to that.

“Big ball runners like that command two tacklers usually which leaves you defensively short, and we haven’t got that type of ball carrier at the moment.

“So, in a nutshell, I agree with you, the laws have slightly changed which is allowing teams to be a little less mobile but bigger and tougher, and then secondly it is because I think the All Blacks have fallen away.”

One was a draw and shouldn’t have been. The other was not but should have been. It was an unusual scenario, especially as the… 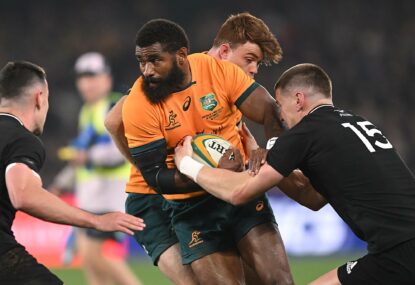 Former All Blacks incomparable Zinzan Brooke was reported recently as saying his 1995 New Zealand side would beat the current team of Kiwis. I…

From little things big things grow: when Rugby can mean so much to so many

I once wondered if I would ever see Ireland beat the All Blacks in my lifetime. My father never did. 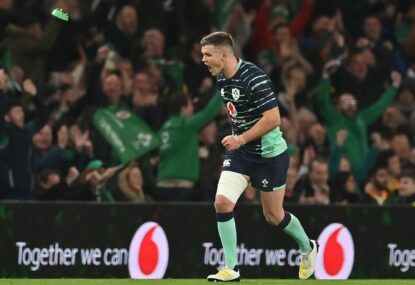 From little things big things grow: when Rugby can mean so much to so many 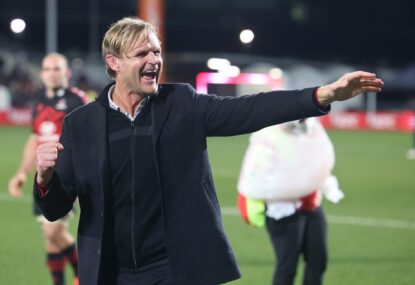 Autumn Series Team of the Week: Four Wallabies, four All Blacks and a '1980s bouncer on ecstasy' makes the bench

The weekend gave us a minimalist masterpiece in Dublin garnished by neck rolls, a semifinal sequel stalemate at Twickenham, a Georgian statement in Cardiff… 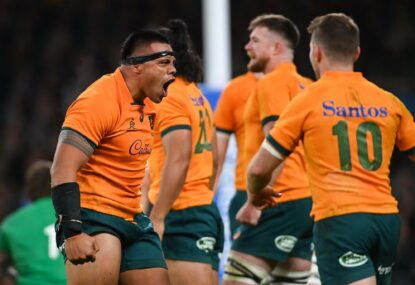 Autumn Series Team of the Week: Four Wallabies, four All Blacks and a '1980s bouncer on ecstasy' makes the bench