Schwarzer is in Qatar in his role as a pundit for Optus Sport, but asked “on behalf of myself as a footballer who played for the national team” why it was so expensive for kids to get into football compared with other sports.

“Growing up as a kid, you didn’t need money to play football, it was there, it was an opportunity to play,” said the former keeper, who is the record appearance maker for the Socceroos with 109 games.

“In Australia now, the cost to play football for the average individual is astronomical. We are that far behind other codes…that cost next to nothing. I hear it all the time, constant complaints about the cost.

“If there is extra funding, where is it going? And will it be going towards cutting the cost for the average individual?And if not, why isn’t it? Because it should be.”

Wells and Johnson scrambled around to answer the question, with Wells turning it back on Schwarzer to ask what the football community wanted from the government, to better inform her of the situation.

“I don’t know what the answer is yet,” said Wells, who has been Sports Minister since Labor’s election victory in May.

“But I do know that it’s a problem. But I think it goes back to that overall question of what do you want? Do you want us to discount those things (costs) as a government subsidy? Or do you want us to put (money) into the sports and let them work it out?

“There is no unlimited pot of money in Australia for our sporting ecosystem, and I am openly asking people: ‘where do you want it spent?’

“Do you want it spent at our equivalent of the Aspire Academy (Qatar’s elite development facility), by revitalising the AIS? Do you want it to be put directly into individual sports?

“Do you want it to be put into the runway so that our 30 major events (between now and the Brisbane Olympics) are as well-funded as possible to drive participation and pathway? Do you want to see it put into better pathways like we see in other countries?

“Obviously, we can’t fund all of it. I’m new, and it’s the advantage of being new, because I can ask you to tell me. Where is the best place to fund it?”

Johnson defended the ‘vision’ of Australian football and said that the highest costs were mostly at the elite clubs, around NPL level, and not grassroots level.

“If you look at the underlying theme of the vision, we do put player development at the very heart of it,” he said.

“But the reality, when it comes to player development, is that the decisions we’re taking today, we’re not going to see the benefits of this for probably a decade.”

Schwarzer later expounded on his question in his column for Optus, describing the cost of playing as ‘highway robbery’.

“I’ve had literally hundreds and hundreds of people talk to me, mention to me, message me over the last couple of years about the extreme costs, the highway robbery that is associated with playing at a more elite level,” he wrote.

“It moved on from grassroots football in my head, but it was all related, how we have the most participation out of all the sports in Australia by a considerable margin. Why is it, how is it that you get to a certain level that we lose so many players to other codes?

“Obviously, the first thing that sprung to my mind was people’s thoughts and expressions of disgust at times and disappointed that to get any sort of better coaching, more extensive coaching, the only way it was possible most of the time was through paying more money.

“I can only imagine what it must be for families today to have to pay thousands and thousands of dollars per year, if you’ve got two or three children playing football, on top of school fees and the cost of living.

“We’ve talked about it in the past before openly amongst former players…but with very little answers or questions directed to people in positions of power, who can make a difference.

“We can voice our concern, our distaste at the cost, our displeasure at the fact people have to pay so much money these days. It’s out of control in my opinion.

“I thought it was the perfect opportunity since it was talked about and since the Minister of Sport talked about the fact grassroots sport is so important and that she really wants to make a difference, and the considerable amount of money James Johnson pointed out the government has contributed to football in Australia in the last 18 months – my thoughts turned to why.

“Why is there no help being put out there? Why isn’t it being subsidised? If there is that much money being invested in football, why isn’t part of that being subsidised towards development, better training, allowing more kids from all backgrounds, regardless of financial positions that they’re able to get elite coaching at an acceptable rate?” 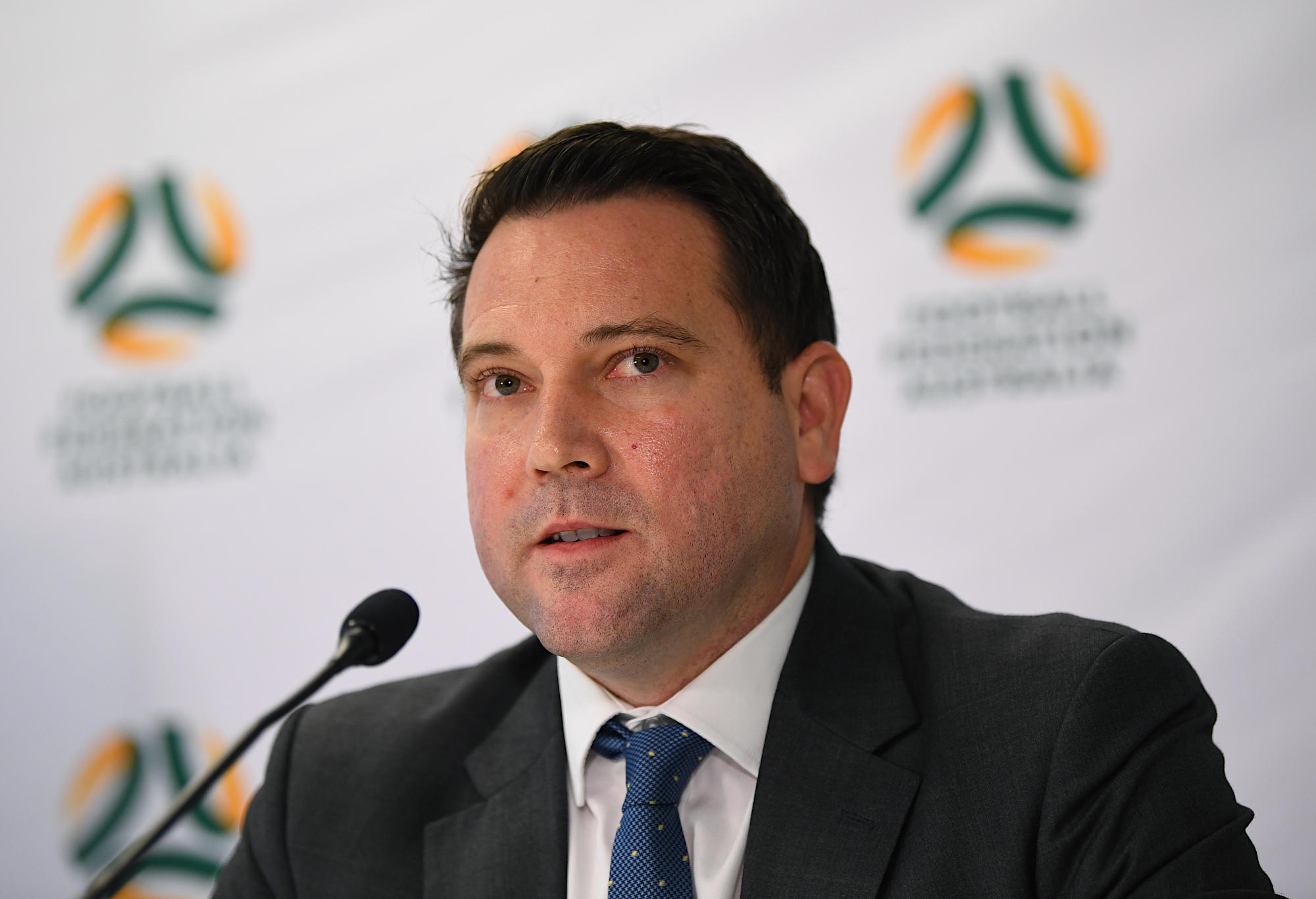 Schwarzer said the answer might lie in subsidising the cost of elite football so that it wasn’t more expensive to play the better that a player was.

“I’m all for that you shouldn’t have to pay any fees,” he wrote. “I think it should be all subsidised, finding ways of doing that. Maybe I’m completely delusional in that regard; I understand there’s registration fees, but they shouldn’t be more than $150 or $200 a year, I can’t imagine any more.

“When I was talking about how much it’s costing parents, the sports minister was just nodding her head. She was agreeing with me, like she’s had the experience herself and knows how expensive it is and that it’s crazy.

“She wants to know how they can invest, where they can invest and do it better. If it’s the grassroots to the more elite development area where the investment is needed, then she is all ears.

“When I also at the same time asked James Johnson if the government is contributing so much taxpayer money to football, where it is it all going? Why isn’t some of that used to reduce the cost for the average family? For anyone who wants to play football? It should be next to nothing.

“Your next youth international players are these kids from 10 to 16 years old who are paying these exorbitant fees. They’re the ones that you are preparing, trying to develop and find the next Harry Kewell, Mark Viduka or Tim Cahill.

“They’re the groups you need to be finding. The next Maty Ryan, the next Ajdin Hrustic, the next Awer Mabil. We need to invest the money more wisely.

“We need to stop the bleeding of our talent to other sports in Australia. We are in the perfect position because of the sport.

“It is a global sport, it’s the world game, it’s the most popular game on the planet, but the cost of it is driving people away. It’s called the people’s game.

“I just felt it was the perfect opportunity to put the questions to our Sports Minister and also the CEO of the FA. Do I feel like I got an answer?