'Who the f--- is he to judge me?': Bad blood still boils between Gal and SBW

A peeved Paul Gallen says no amount of money can lure him out of retirement to fight Sonny Bill Williams, declaring his bitter rival has done his dash with a below-the-belt sledge.

Gallen bowed out on top after a decorated 21-year professional sporting career, earning a unanimous points win over former his Queensland State of Origin adversary Justin Hodges on Wednesday night.

But it is a Gallen-SBW heavyweight showdown that rugby league and boxing fans have been hoping to see for almost a decade.

It will never happen, with Gallen unloading on the New Zealand dual international after ending his pugilistic career with a 15-2-1 record that included eight knockouts. 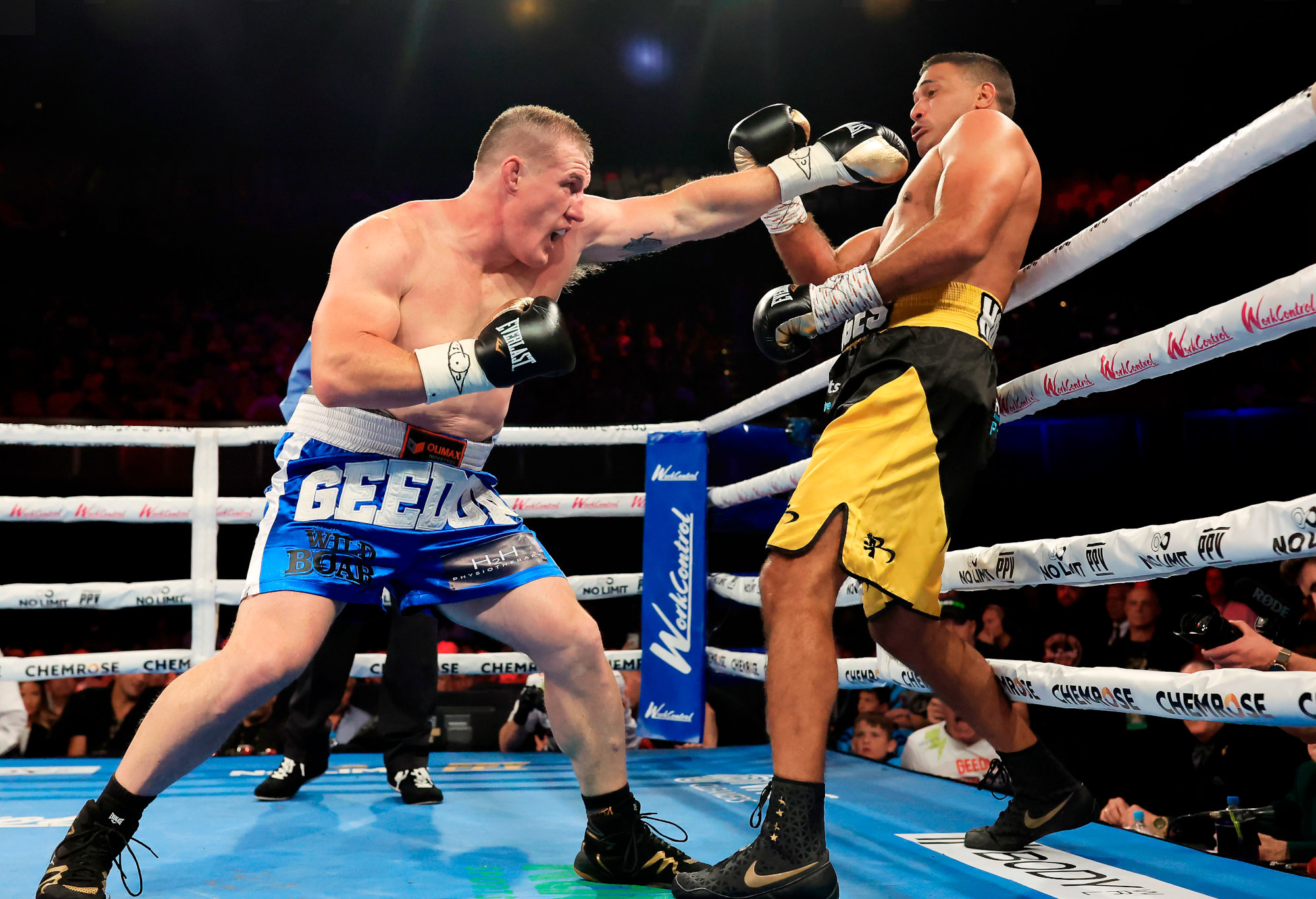 Gallen said he has no time for Williams and certainly no interest in helping line the Kiwi’s pockets with a blockbuster bout or series.

“We’ve never had much beef along the way. I’ve always just said he’s scared to fight me,” Gallen said in his triumphant dressing room at Sydney’s Aware Super Theatre.

“He called me out saying a 60-40 contract (split of money but) we’ve never had beef.

“And then a couple of months ago he came out and said, ‘He’s just not a good person’. That was the end of it for me.

“Who the f–k is he to judge me as a person? That was the worst thing.

“But for him to try to judge me as a person, that’s the end of it.”

Despite sometimes sharing a TV commentary booth, Gallen says “there’s no relationship” between himself and Williams – and he does not want one.

But the 41-year-old rugby league great admitted not fighting Williams will remain the biggest regret of his boxing career.

“It will be a pub debate forever,” Gallen said.

“I am disappointed we didn’t do it. We should have fought twice. We should’ve fought four or five years ago when I was calling him out.

“And whoever lost could’ve said, ‘We were footy players back then, we’re professional boxers’ and do it again and made more money.

“And then if it’s one-all, do a huge decider. And if someone has won 2-1, full credit to that person.

“But he always waits for someone to get too old to fight them, and that’s what he’s waiting for with me. I’m not going to give him that chance, now that I’m past my best.

“He’s done it to all his opponents, and he got caught out recently (losing to Mark Hunt in November). That’s life.”