The emotional roller-coaster of being an Aussie fan in Doha

A day of contrasting emotions came to a crescendo at the Al Janoub Stadium in Al Wakrah as the high of a first Socceroos World Cup pre-game meet-up was countered with a pummelling at the hands of world champions France.

An early Craig Goodwin strike had the Australia fans in ecstasy, but two quick-fire goals had the French in the lead, and they finished off the job midway through the second half to leave the green and gold fans praying for leniency.

With the football world still coming to terms with Saudi Arabia’s victory over Argentina in the early game of the day, a 4pm meet at Doha’s answer to Sydney’s Cheers Bar, the Hive, brought together a group of Australian football fans who were determined to forge on with the standard boozy pre-match experience despite the location and restrictions. As Tunisia and Denmark played out the opening fixture of Group D in the background, free-flowing beers made sure the Socceroos supporters were in full voice and ready to cheer on their heroes.

The tyranny of distance and experience from attending other games did, however, require an early exit. One thing that the World Cup in Qatar offers is huge distances between transport and stadia, and the sterile interchange from the boisterous metro ride to the shuttle buses to the stadium reminded the fans that they were part of a huge operation in crowd management. 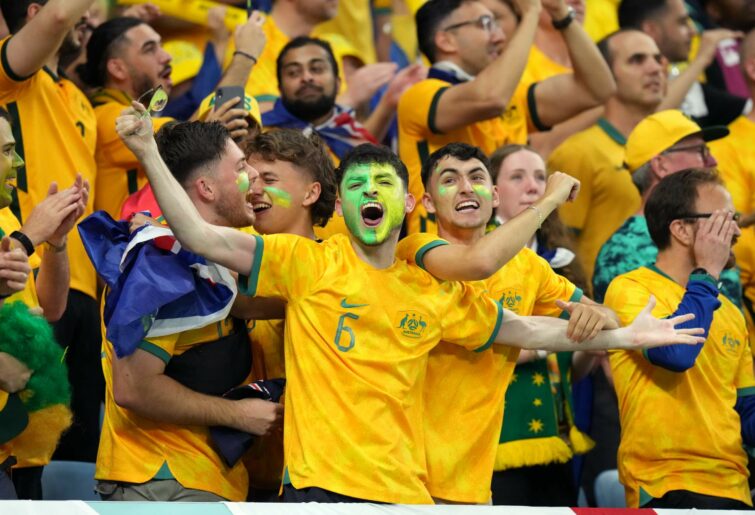 The metro system in Doha is slick. The maximum wait even during the early hours of the morning is only a few minutes, the carriages are beautifully appointed and unique to each line, the journey is smooth, albeit with a judder when the train comes to a halt at the station that never fails to catch out an inexperienced passenger, and there is no shortage of staff to help. Getting from train to street usually involves walking for miles in underground tunnels unless you are at the outer stations, so at Al Wakrah, at the end of the line, it is simply a few sets of steps down to street level.

Factoring in the wait time for shuttle buses, the volume of people and the long snaking walking routes, the journey from the centre of Doha to Al Janoub stadium was going to be at least two hours, and so it proved.

Entry to the stadium involves strict security, just like at the airport, with scanners and trays for bags. Spectators and staff are as confused as each other as to what they are meant to do, but it all seems to work. Volunteers at the stadium are numerous, but it is luck if you have a question out of the ordinary.

The Aussie fans were allocated a section behind the goal to the right, but in reality there were fans of both countries intermingled, the yellow shirts conspicuous around the stadium.

The team selection was bold by Graham Arnold, the fans were confident, the ‘now is all’ catchcry brought the noise levels to a maximum as the game kicked off. 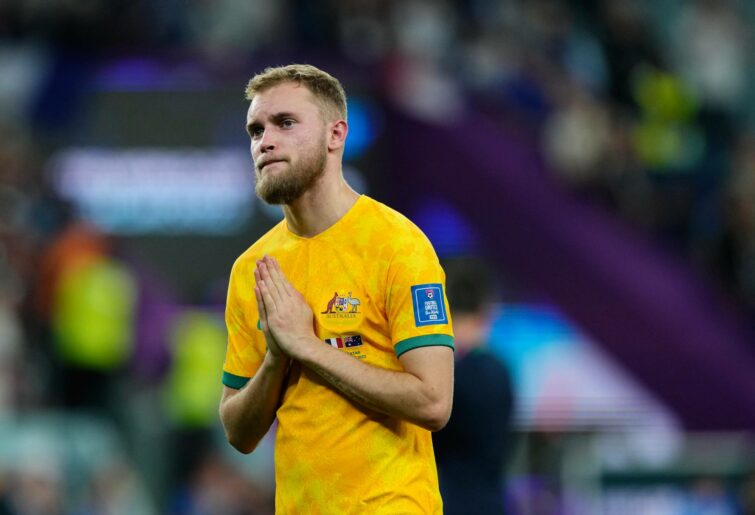 When Craig Goodwin found himself in space at the far post after Mathew Leckie had left his man tied up in knots, the finish was top-drawer and the Socceroos had the lead. The main bulk of Australian fans went berserk, and rightly so. This was David versus Goliath and the underdog was winning.

The fans had 20 minutes of joy before the game turned, and it was a simple header, the unmarked Adrien Rabiot powering a header past Mat Ryan for the equaliser. Then Jackson Irvine coughed up possession right in front of the bank of green and gold to give the French a tap-in for Olivier Giroud. There were further chances too for France to increase their lead, and Irvine then hit the post with a great header at the break that reminded everyone that Australia were still in this.

Alas, a second half, when the Socceroos fans were somewhat subdued, with maybe the beer wearing off, was a disaster. Even the appearance of fan favourite Jason Cummings couldn’t stop the onslaught. Kylian Mbappe, who had endured some stick in the first half from the Australians, rose to power home a header and Giroud added his second, another header that was just too easy.

There were still 20 minutes to go, or 30 minutes if the new additional time remit went to form, and this had the potential to get ugly.

Garang Kuol was on now and showed flashes of the brilliance that has earned him his moment in the sun, but it was purely a matter of how many Les Bleus would put past Australia. Ryan had to make a breathtaking save towards the end to prevent this from becoming a rout, but the result had been beyond doubt since the quick-fire double midway through the second half.

The Australian players came to their fans at the end to acknowledge the support, always a touching moment, and they knew that they hadn’t delivered. Indeed after the match, when players and journalists met in the new post-game mixed-zone experience, Irvine reiterated that the whole group was disappointed and that individual mistakes had been duly punished in a tough lesson.

Aziz Behich pointed out that little errors would be exploited by world-class players, whereas Benjamin Pavard simply shrugged and suggested that his team bided their time and were sure of their quality, almost suggesting that going behind early was all part of the plan.

Getting out of the stadium was swift, but there was a lot of walking and a lot of travel time to come. This was a 10pm kick-off, and most fans wouldn’t be getting anywhere near a bed until 2am, with some choosing to forego the shuttle to jump in a taxi that would no doubt get snarled up in the traffic anyway.

This was a contrast of emotions for the Australian fans. It’s great to be back in FIFA World Cup. The pre-match was fantastic, going ahead in the game was refreshing and exciting, but the overall performance and result were ultimately nowhere near what is required to get out of the group.

Indeed watching Denmark and Tunisia battle it out earlier in the day on the big screens at the pub, the quality on display was worrying. That draw may well keep our hopes alive until the final match, but the next game against Tunisia is one we simply cannot lose. 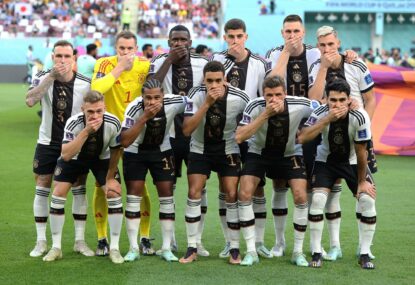 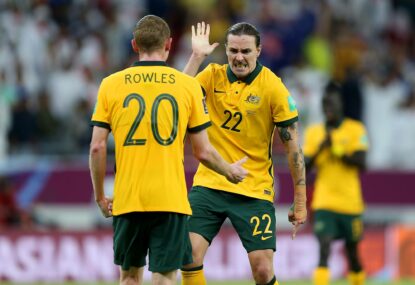 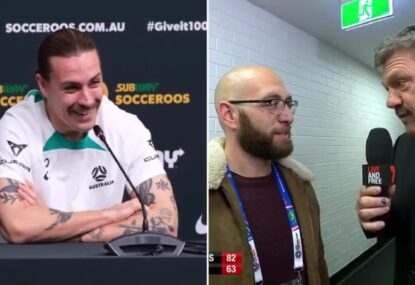 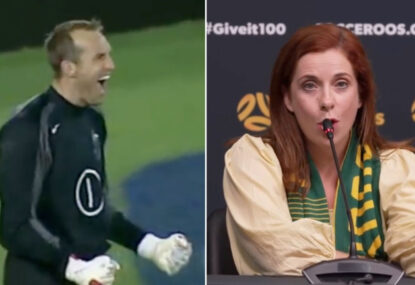 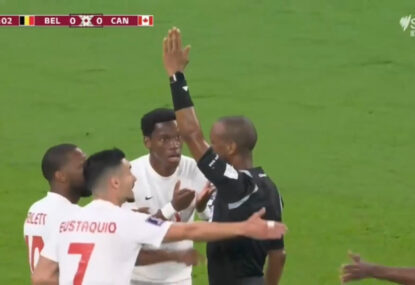