CARDIFF – The Wallabies’ hopes of ending their season on a high against Wales have been rocked by the news Michael Hooper will miss the Test.

Hooper, 31, suffered a concussion during the Wallabies’ 13-10 defeat to Ireland in Dublin last weekend.

While the veteran back-rower did not leave the field, Hooper, who missed two Super Rugby matches earlier in the year because of concussion, told the Wallabies’ team doctor that he was experiencing concussion symptoms at the start of the week.

The decision was made that Hooper would miss the Test and is set to return to Australia with his family before the weekend.

The news comes just days after Wallabies halfback Nic White was controversially allowed to return to the field in Ireland despite showing signs of concussion.

However, after an independent doctor missed a second incident whilst examining footage of a first blow to the head, the decision was made that White’s criteria two Head Injury Assessment should have in fact been a criteria one, thereby ruling him out of the Test.

Hooper’s absence is yet another blow for the Wallabies, with the openside flanker the 11th player to leave the camp.

It means Dave Rennie has just 25 players to select from for his 23-man matchday squad.

Hooper’s departure will once again open the door for either Pete Samu or Fraser McReight to return to the No.7 jersey. McReight is the likely option given Samu’s versatility.

But given the importance of the Test, with the Wallabies out to ensure they don’t become the first Australian side to lose 10 Tests in a year, Hooper’s absence will leave Dave Rennie’s men short of experience and another leader.

Hooper was at training on Tuesday afternoon and spent the session standing alongside Rennie for the majority of it as both McReight and Samu spent time training in the first XV. 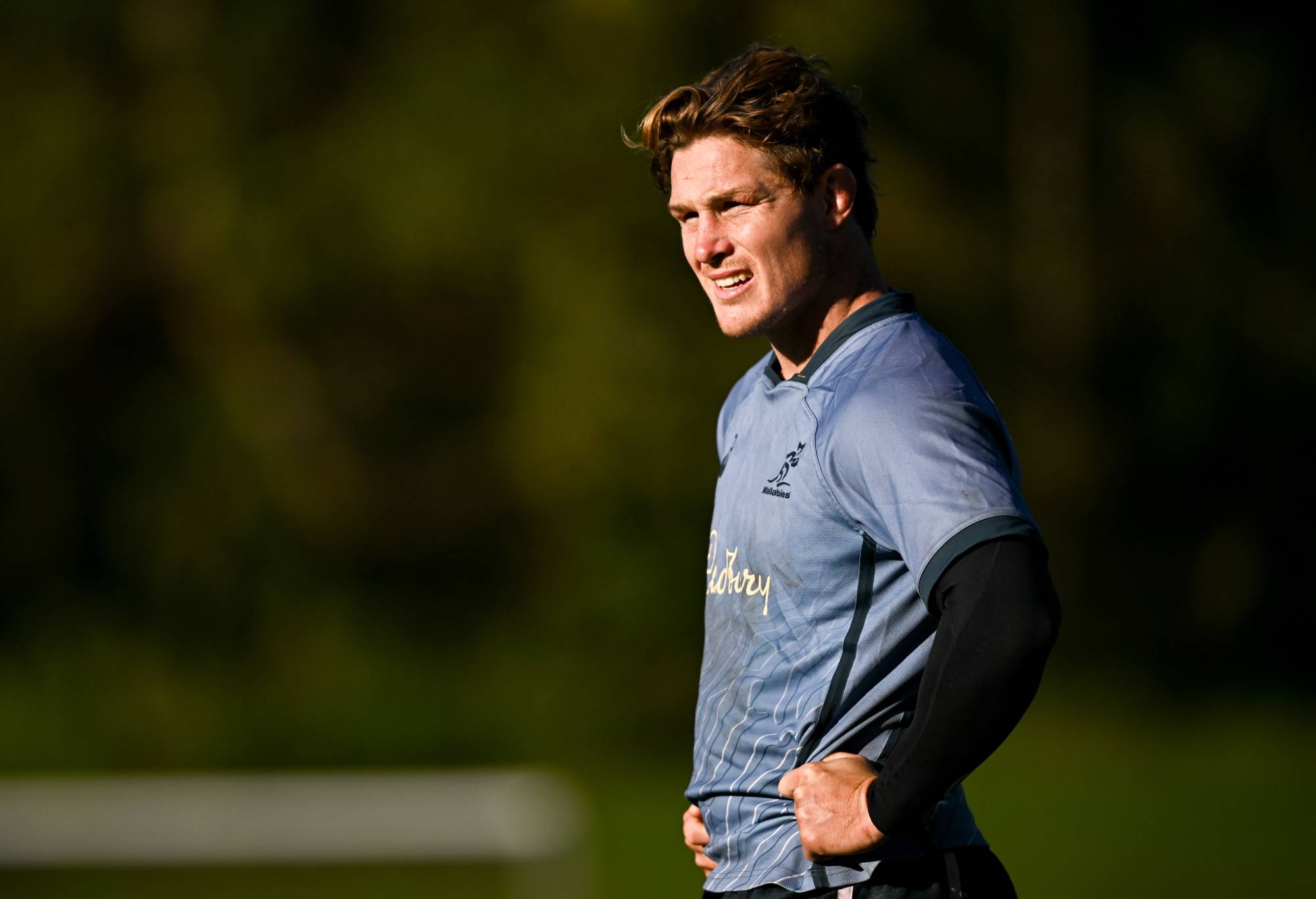 The match looms as a significant one for both men, particularly McReight, with competition for places in Rennie’s 33-man World Cup squad next year to be fierce.

Given Waratahs loose-forward Charlie Gamble – who can play anywhere across the backrow – will be eligible for selection – McReight will be desperate to strike the right balance between getting on the ball and staying on the side of the whistle.

The Wallabies will name their squad at 1am Friday (AEDT).