Former All Blacks incomparable Zinzan Brooke was reported recently as saying his 1995 New Zealand side would beat the current team of Kiwis.

I know it’s all conjecture and many do not like to compare teams from different eras. And what is the point anyway?

But I thought it would be a worthwhile exercise to compare the two sides individually and how they stack up in opposition to each other.

It is 27 years since the All Blacks played England in the semi-final of the Rugby World Cup in 1995, thrashing them 45-29, with Jonah Lomu establishing himself as the best marketing tool available to rugby.

In the weekend just gone the All Blacks also played England, resulting in a 25-25 draw. At the time of the 1995 match, rugby union was still an amateur game about to go professional two months after the World Cup. But were they just amateur in name only? Players such as Sean Fitzpatrick, Zinzan Brooke and Jeff Wilson were the most ‘professional’ among them.

So who are the players who make up these two teams?

At fullback was Glen Osborne in 1995 and Beauden Barrett in 2022 – two very good attacking players who will attract a divided selection from punters. I perceived Barrett to be the smaller of the two. but according to the stats, he’s actually larger. In 2016 Osborne became a police officer with John Hart in attendance at his graduation ceremony. Barrett has played more games for the All Blacks, with 110 appearances to Osborne’s 29. On this basis and being consistently good over a lengthy period, Beauden Barrett gets the nod. One to the 22s.

Sorry, Caleb, I do not need a summary for this one. One to the 95s.

And yes, again, apologies to Mark, but Jeff wins this one. Two to the 95s. One is a relative newcomer to international rugby, the other is a brilliant all-round sportsman.

Bunce amazingly retired from international rugby at 35 years of age and established a reputation for his strong defence and attacking skills. He probably wasn’t as quick as Rieko, but he was a better all-round player. Rieko is still finding his way as a centre, so the prize goes to Bunce. Three to the 95s.

Little built a centre relationship with Bunce which has been bettered only by Conrad Smith and Ma’a Nonu. Barrett is just getting started as a second five-eighth for the All Blacks, so the points must go to Walter. Four to the 95s.

Mehrtens was born in South Africa and now resides in Sydney. He was a very skilful player who lacked the physical stature for defensive prominence. Mo’unga is graduating from being an exceptionally good provincial player to one of international stature. Mehrtens gets this one. 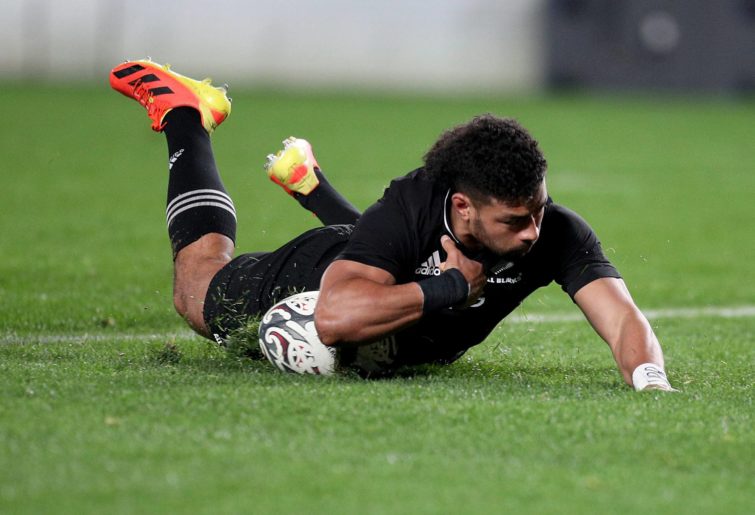 For those who did not see a lot of Brooke in action, the vote will go to Savea, but those who saw Zinzan in his prime will find this an easy choice. He was a multitalented player who is fondly remembered for his prodigious drop goal in the 1995 RWC. It’s 6-2 for the 95s.

Some of the stats online are hard to believe. Brewer was not 195 centimetres, surely? These are two comparable players who will never be involved in controversial incidents and are quite orthodox on the field. It’s a tough one, but Brewer gets it by a whisker, and it’s 7-2 for the 95s.

Wow, good luck with this one! They’re two of the greats of New Zealand rugby. Both formed wonderful partnerships with their fellow locks – Retallick with Sam Whitelock, Jones with Robin Brooke. They’re supreme athletes with considerable try-scoring abilities. Retallick has been compared to Colin Meads, so that gives him the accolades, but only just. It’s 8-3 for the 95s.

As with Retallick and Jones, ditto for these two. So it’s hard to choose, but Whitelock’s record speaks for itself. Sam by a length, and it’s 8-4 for the 95s.

Brown wins this handsomely. He’s acknowledged as being one of the All Blacks’ best-ever props. De Groot may one day be considered the same. It’s 9-4 to the 95s.

Dowd by the length of the straight! He’s one of the greats of Auckland and New Zealand rugby. It’s 10-4.

Fitzy, Fitzy, Fitzy! There are no doubts here, it must be All Blacks icon Fitzpatrick, and it’s 11-4 for the 1995 All Blacks.

So maybe Zinzan Brooke had a point?