'NZ have treated us poorly': Why Phil Kearns is backing RA's hard ball, and how rugby 'wins over league every week'

Wallabies great Phil Kearns has backed Rugby Australia’s chairman Hamish McLennan’s assault on the relationship with New Zealand and said the Kiwis have treated Australia “pretty poorly” over the past two decades.

McLennan has threatened to withdraw Australia from Super Rugby competition against NZ teams from 2024. He has been subject to a backlash from NZ commentators and officials, and doubled down on his statement, telling the Sydney Morning Herald the Kiwis were “poor partners”.

Kearns, who worked closely with McLennan as head of Australia’s successful bid to host the World Cups in 2027 and 2029, gave strong support for his stance as he appeared on the Roar Rugby Podcast.

Phil Kearns joins the pod to discuss the shaky trans-Tasman alliance and much more. Stream it here or on your podcast app of choice

“Hamish has done a fabulous job. He’s very decisive. He has a terrific vision. He knows the values of the game and the history of the game and he thinks about that and he’s not scared,” Kearns said.

“If that call upsets someone… if it’s right for Australian rugby he’ll do it.

He said he was aligned with messaging of McLennan and CEO Andy Marinos “because we want the same thing and that’s the growth of Australian rugby.

“There’s no agenda, there’s nothing else out there except the growth and success of Australian rugby.”

The potential split boils down to a share of revenue, with Australia receiving approximately $30 million in broadcast revenue, to the Kiwis’ $90m share. 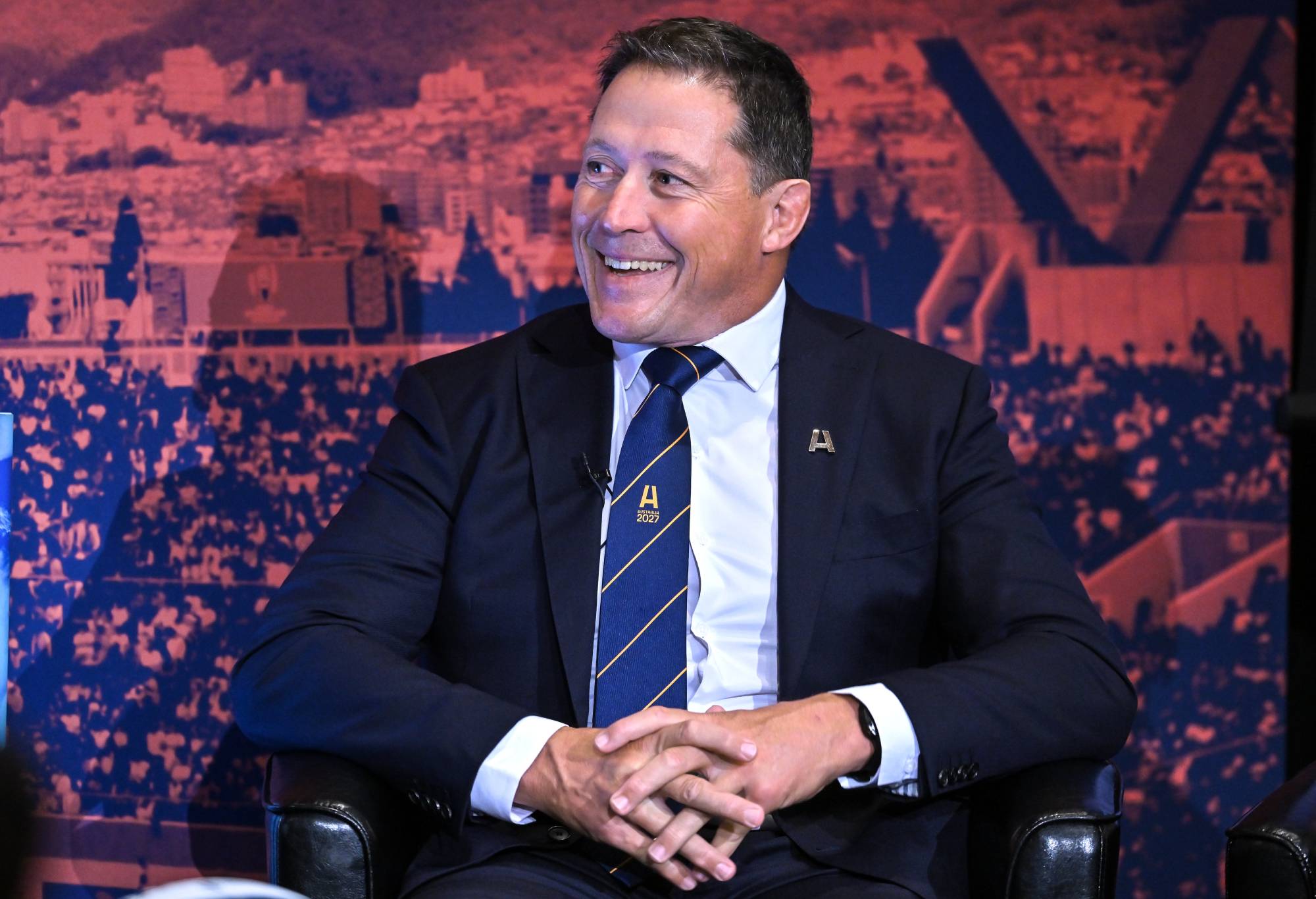 “Does it sound like a good deal to you? You want to be a good partner with New Zealand, we both need each other and not just this constant sniping,” Kearns said.

“New Zealand have treated us pretty poorly over the last 15 to 20 years. To be fair, we haven’t been very good both off the field and on the field.

“In many instances our administration has been poor and whether some of that decision-making has been driven by whoever the CEO was at the time or the board I don’t know and it doesn’t matter but we weren’t getting the right results for Australian rugby.

“We haven’t been winning as much as we’d like to win and that doesn’t help.

“Australia, we just want a fair deal. I think it’s right that we do play against New Zealand but if it’s not the right deal for us we’ll go do something else.

“The world of rugby is changing and the world is changing. If you think of where we are now, the growth of women’s rugby, the rise of Japan, hopefully the rise of USA because of them getting the World Cup will be a huge growth factor, we see Amazon, Google, Stan coming in as streaming services, the global rugby world has changed.”

Asked what the best scenario for Australia was, Kearns said: “We probably don’t know what’s best.

“We thought Super Rugby was going to be the best for our game and we’ve seen our results over the Tri-Nations and Rugby Championship not being anywhere near as good as what we’d like them to be.

“So was that the best way to go? When we won the World Cup in 1991 we did only have domestic competitions. It was only NSW and Queensland, it was club footy.

“If you look at where England are, they only have club footy and then they go to Test footy. That model can work. Is it right for Australia? I don’t know, we’ve got to experiment.

“If the deal is we only get $30m and they get $90, then maybe having just a domestic comp we could make $40m, or $50m and we do a better deal on our own. I know it’s not just about money but you have to run the game. we need to have the grassroots going as well, and you do need money to do that.”

Rugby is in a difficult spot in the Australian market, well behind rugby league and AFL, but Kearns was bullish when asked if landing a big event like the RWC was crucial to getting a win over league.

“We win over league every week,” Kearns said. “We have a different game with different values, that’s what’s special about our game.

“We do win every time. We don’t have the money they do here but if you look at the way our game’s growing globally, particularly the growth of women in our sport is a really important factor.”

Phil on the front foot

Crouch, bind, set. Phil Kearns packs down with Brett McKay and Harry Jones on The Roar Rugby podcast, brings the heat from the start and never lets off as he discusses his “bad boy” status, the future of Australia in Super Rugby, the successful RWC bids he led and even how he wants Quade Cooper to play against the Poms.

The two-time World Cup winner – four if you count his leadership of the 2027 and 2029 RWC hosting bids – led the way as rugby turned pro in the 1990s and rattled the age of the previous RA administration with his part in the infamous ‘captain’s letter.’

Brett started a fascinating chat with a nice easy question about if Kearns was missing the week-in week-out role as a match commentator that he held with Fox Sports.

“Well, I’m not missing The Roar shitcan me all the time. I don’t know what I did to those blokes, who are they!?,” he laughs.

The next 50 minutes are a fascinating insight into Kearns’ view on the state of the game and the biggest issues in it, from the admin offices to the on-field arena.