Growing up in Fiji, Langi Gleeson played with shoes and bottles as pretend balls in the backyard. Now the 21-year-old is set for his run-on debut for the Wallabies at the Principality Stadium in Cardiff.

Rob Valetini’s syndesmosis injury sustained during the 13-10 defeat to Ireland has seen Dave Rennie turn to Gleeson – the hard-running back-rower – for the Wallabies’ final match of the season against an under-siege Welsh side.

His selection in the No. 8 jersey, which will be confirmed when Rennie names his side late on Thursday evening AEDT, continues his stellar rise from up-and-coming Shute Shield excitement to Wallabies starter in less than a year.

“I was just trying to make my debut for the Tahs, I wouldn’t have believed you (that I would be starting for the Wallabies this year),” said the first-year Waratahs back-rower on a cold afternoon in Cardiff.

“It’s been a very long year and with injuries coming in and out, and Aus A prepared me for it.

“The Tahs coaches have made me a better player. Guys like Jed Holloway and Dave Porecki have been guiding me.”

A gruelling preseason, which included Darren Coleman’s sand dunes and treks through the night, helped prepare Gleeson for his first season in Super Rugby.

“It was my first preseason coming in. I thought it would be a walk in the park,” he said.

“I think we started a month earlier than expected,” he recalled.

“I was in a dark place with all the other boys in the Saturday morning beach sessions.”

After going through the rugby league pathways and spending time with the under-20s South Sydney side, Gleeson returned to rugby in 2021 and some starring roles for Manly Marlins saw him break into the Gen Blue Waratahs side. 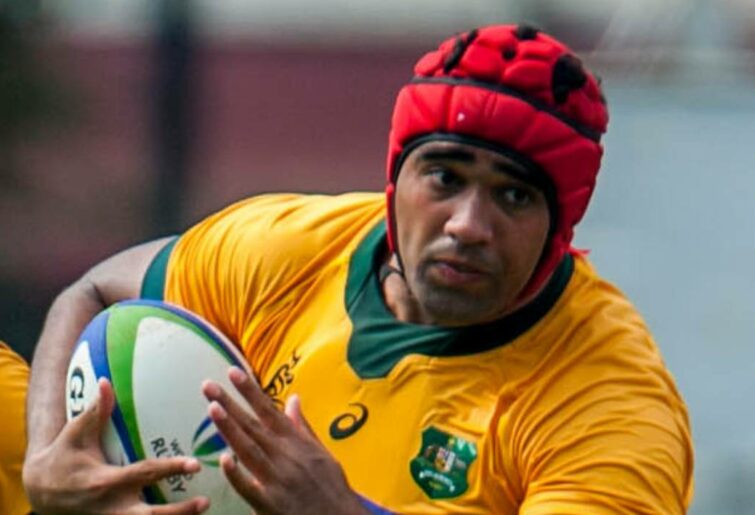 An eye-turning match against the Brumby Runners, where he scored a try and ran amok through a quality outfit put Gleeson on the radar.

A 40-metre sprint in 4.77 seconds in front of Wallabies assistant Scott Wisemantel then had tails wagging.

While an extremely promising showing against the Highlanders during the Waratahs’ drought-breaking win across the ditch in Super Rugby saw Gleeson continue his upwards trajectory.

After a last-minute call-up onto the bench against Scotland and a few minutes as a replacement during the infamous loss in Florence, Gleeson sat in the stands at Lansdowne Road and knew he was a chance when he saw Valetini limp to the sidelines.

“Unfortunate for him, but during the game I was thinking that all our main ball-runners are injured now,” he said.

“It feels pretty good. I didn’t expect it. With all the injuries I knew it was a possibility. I’m just excited. I haven’t played more than 10 minutes.”

Now he is set to take centre stage at the scene of the Wallabies’ last World Cup triumph 23 years ago.

Not bad for a player who “didn’t really watch much footy” and wasn’t born when John Eales lifted the William Webb Ellis Cup.

“I don’t really have a favourite player, I didn’t really watch my footy,” he said.

“I just played it in the backyard, with shoes and bottles as balls. I just had fun.”

He will face a Welsh side smarting after their shock defeat to Georgia last weekend. But any team with as many Lions players that Wales possess – Leigh Halfpenny, George North, Josh Adams, Alun Wyn Jones and Ken Owens among others – can’t be written off, even if New Zealander coach Wayne Pivac is under a world of pressure.

With six players injured during the Irish match and Will Skelton and Bernard Foley unavailable because the match is being played outside the international window, Rennie will once again be forced to make sweeping changes for their crucial season finale.

While Folau Fainga’a did not complete training on Wednesday during their main session of the day, Wallabies officials say the hooker will be fit.

It’s for good reason too because the Wallabies only have two fit hookers to choose from after Dave Porecki was part of the handful of injured players.

Rennie has decisions to make in the halves, with regular No. 9 Nic White and No. 10 Foley unavailable.

A new No. 12 and No. 15 will have to be named too, while Pete Samu’s versatility could see Rennie opt to keep the back-rower on the bench.